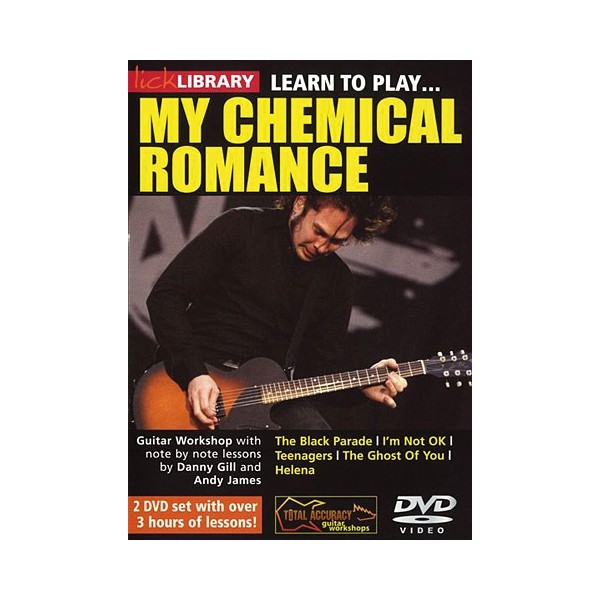 Learn five My Chemical Romance tracks note for note, lessons by Danny Gill and Andy James
This superb DVD teaches you some of the best riffs and solos from this New Jersey rock band!
Tracks include:
The Black Parade
I'm Not OK
Teenagers
The Ghost Of You
Helena
Danny Gill is a former pupil of Joe Satriani, and co-author of the Musicians Institute Rock Lead Guitar series. His songs have appeared on numerous TV shows including 'The Osbournes' as well as motion picture soundtracks such as 'Insomnia' and 'Under Siege'.