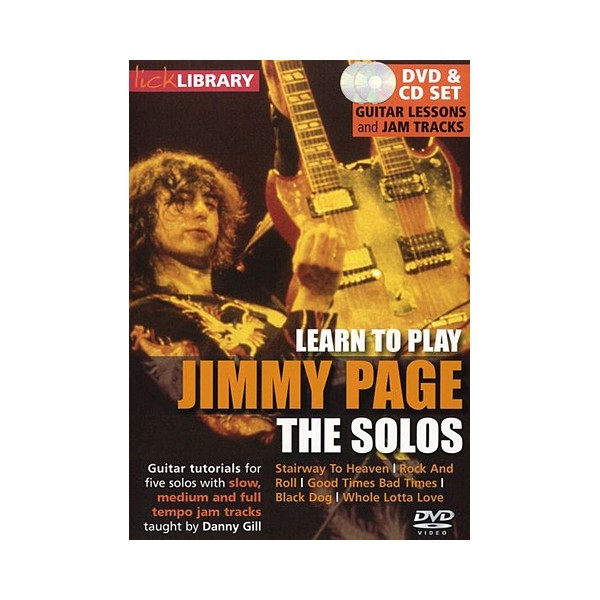 This excellent 2 DVD & CD guitar tutorial set shows you how to nail five of the best guitar solos by Led Zeppelin’s legendary guitarist, Jimmy Page. It also includes performances and guitar jam tracks for each solo section at slow, medium and full tempo so you can learn each solo at your own pace and steadily build up to full speed. Lessons include