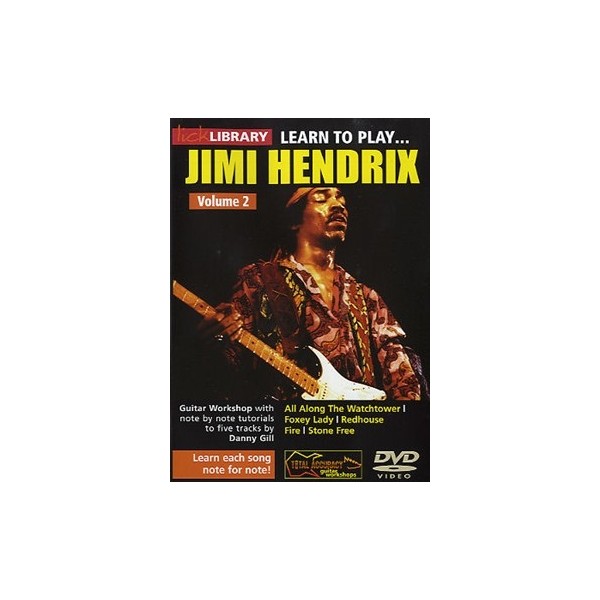 This excellent DVD will teach you the legendary licks and riffs that made Jimi Hendrix one of the most influential guitarist ever! Tracks include:-

All Along The Watchtower
Foxey Lady
Redhouse
Fire
Stone Free

Danny Gill is a former pupil of Joe Satriani, and co-author of the Musicians Institute Rock Lead Guitar series. His songs have appeared on numerous TV shows including 'The Osbournes' as well as motion picture soundtracks such as 'Insomnia' and 'Under Siege'