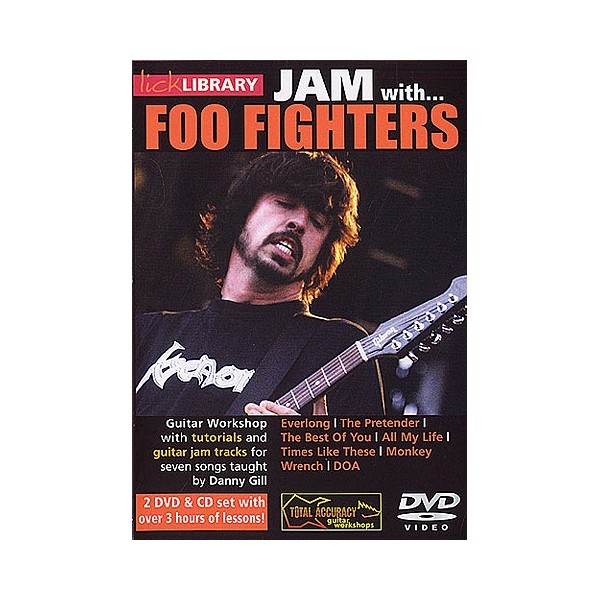 This excellent DVD will show you how to nail seven tracks by these alternative rock giants whose guitar driven songs are at the forefront of contemporary rock! Learn each song and play along with guitar jam tracks

Everlong , The Pretender ,
The Best Of You, All My Life, Times Like These, Monkey Wrench, DOA