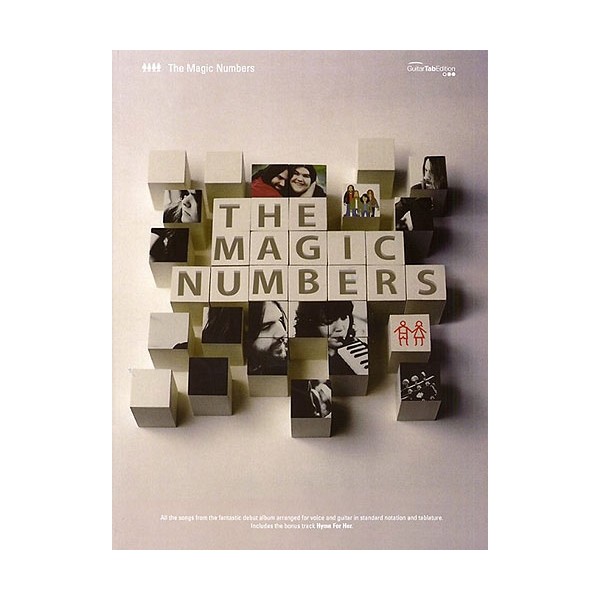 The unusual arrangement of two brother-and-sister pairs is the basis of The Magic Numbers, the Mercury Music Award-nominated quartet that took 2005 by storm. This is the matching folio to their remarkable debut album.

Born in Trinidad, before moving to New York and later settling in London, singer Romeo is a prolific songwriter in a classic, folk-inspired style. The band's sound mirrors The Beach Boys in their use of harmonies and addictive fifties-style pure-pop songwriting.
This songbook features every track from their debut album, transcribed in accurate guitar tab, and including the singles Love Me Like You and Love's A Game.