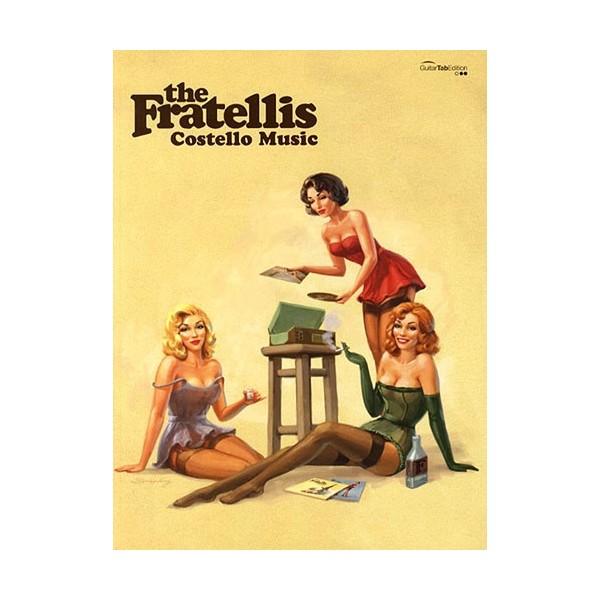 This is the matching folio to the highly successful debut from the Brit Award-winning Scottish trio, The Fratellis. The Fratellis have been met with much critical acclaim and has helped the band to secure the prestigious Brit nomination for Best British Breakthrough Act 2007.

This album guitar songbook of Costello Music contains all of the songs from the album, giving you the chance to emulate the band’s style and play along to hits like Chelsea Dagger and Henrietta. All songs are arranged for Guitar TAB.