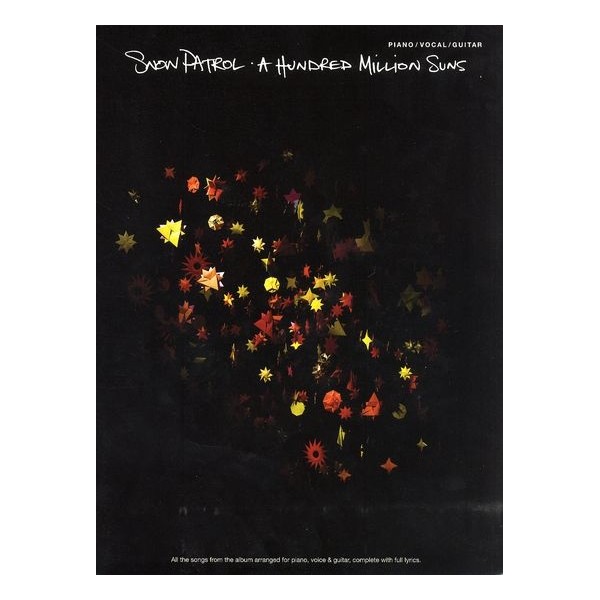 Following on from the massive success of their album ‘Eyes Open’, and the enormous hit single ‘Chasing Cars’, Snow Patrol release their new album ‘One Million Hundred Suns’. Featuring the new single ‘Take Back The City’, this new collection sees the band develop their sound into epic new territory, building to the three-part finale, ‘The Lightning Strike’.
This looks set to be another huge success – the band have already sold out the O2 in London for two dates in 2009. The matching folio is available for both Guitar tablature and Piano, Vocal and Guitar, complete with full lyrics