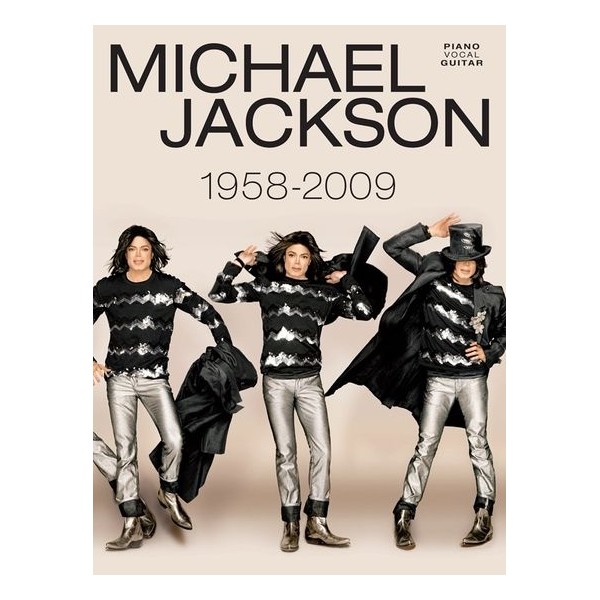 Millions of music lovers around the world will always remember where they were on June 25, 2009 when the news broke that the King of Pop, Michael Jackson, had passed away from a heart attack, just weeks before he was due to make his live comeback with 50 gigs at the O2 in London.

The world's airwaves have been filled with his music ever since, leaving no doubt as to the impact his songs have had on the world.


This legacy is celebrated in this new folio for Piano, Voice and Guitar, bringing together songs spanning his entire career from Blame It On The Boogie - as the youngest member of the Jackson 5 - through his 80s heyday with Thriller and The Man In The Mirror and later hits such as You Are Not Alone and You Rock My World. This fantastic tribute includes an exclusive photo section and specially prepared biography detailing the career of one of pop's true megastars.