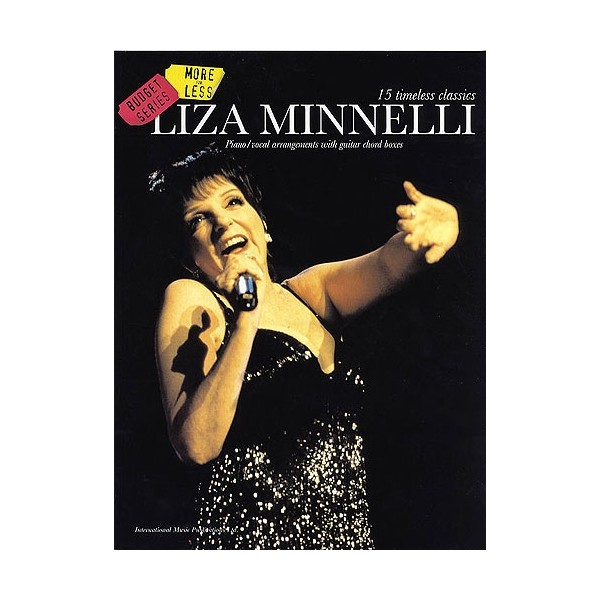 The Budget Series is a fantastic collection that features some of the great performers and some of the finest music ever written.

This great value volume contains fifteen timeless classics performed by Liza Minnelli, one of the most recognisable faces of film, dancehall, musicals and shows. Her appearance in the film version of Cabaret for which she won an Oscar, is still considered the definitive characterisation of Sally Bowles.

Tremendous music at a price that suits your wallet, these affordable volumes contain the best music by some of the best known and favourite artists of the modern era!

Every song has been accurately and faithfully arranged for Piano and Vocal, including full lyrics, with Guitar chord boxes. Includes the brilliant And All that Jazz, Say Liza, Money, Money and twelve more superb songs!

Get more for less with the superb Budget Series!