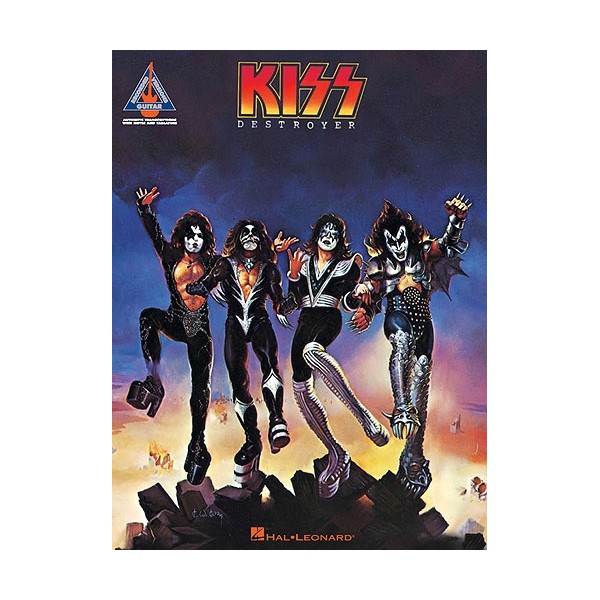 Released in 1976, Destroyer was Kiss' first album to go platinum, and ranks in Rolling Stone's 500 Greatest Albums of All Time.
All nine songs are transcribed here note for note with tab.

The group have sold more than 80 million albums worldwide and performed in Europe in 2008 as part of a world tour: They headlined at the Download Festival in Donington in June, the Arrow Rock Festival in the Netherlands in June and the Graspop Metal meeting in Belgium in June.