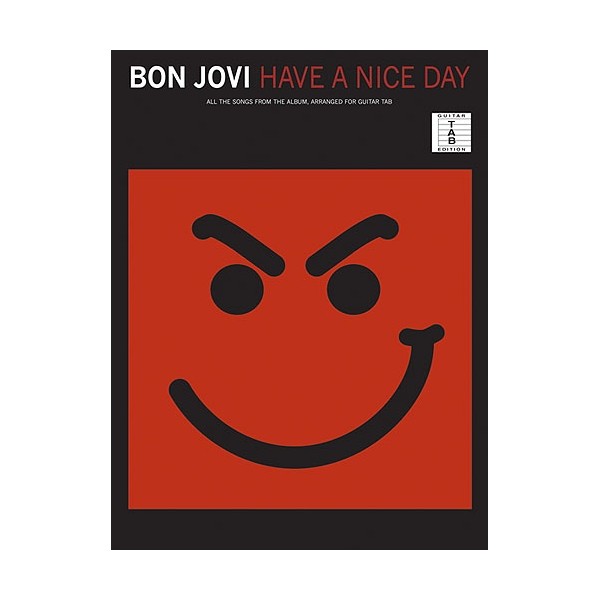 The smash hit 2005 album by the 1980s hair-rockers is a triumphant return to form, and every song is available here in accurate Guitar Tab.

Have A Nice Day sees Bon Jovi brimming with assured confidence, as well as a newfound worldly-wise cynicism that brings their songwriting right up to date. The songs themselves range from trademark stomping rock riffs to country-tinged nods towards Dylan and a duet with Sugarland's Jennifer Nettles. Upon its release, the album smashed all previous Bon Jovi records, soaring straight to the top of the charts through the life-affirming single Have A Nice Day.

Every song from the album has been carefully and accurately transcribed in this matching folio, giving you the chance to get your fingers around Richie Sambora's blistering guitar work.