Home Sheet Music>Artists A to Z>George Ezra: Wanted on Voyage 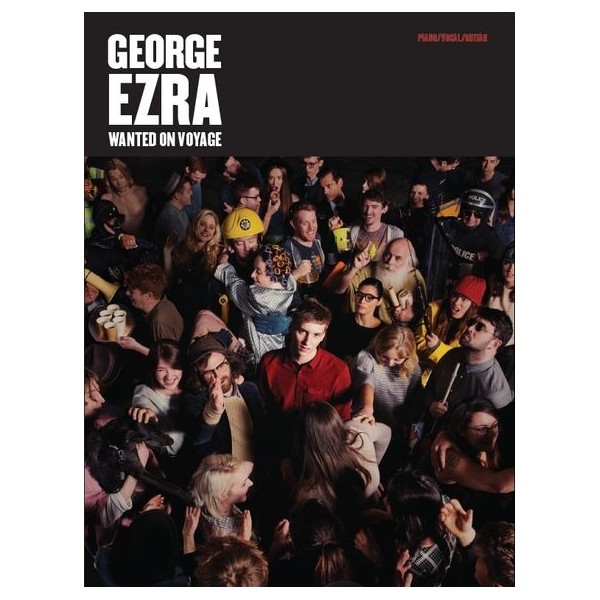 This Wanted On Voyage sheet music includes every song from the enormous talent George Ezra's UK No. 1 début album, arranged for Piano, Voice and Guitar.

Since singing his way onto the scene in 2013, singer-songwriter George Ezra has come a long way. Now, with his debut album garnering international acclaim, you can learn to sing and play every brilliant song exactly as he wrote them. This songbook contains the hit singles Did You Hear The Rain?, Budapest, the undeniably catchy Blame It On Me and many more. This sheet music is perfect if you want to learn to sing Ezra's distinctively acoustic and upbeat songs, while also featuring Piano accompaniment or Guitar chords.

With a folk-inspired bass-baritone voice and some bluesy Guitar playing, each song on the album brings something different to the table, whether it's a built-in sense of catchy melody or a soaring gospel-backed chorus. A song like Cassy-O', lends itself perfectly to a massive sing-along at a summer festival while Ezra's booming voice at the outset of Did You Hear The Rain? shows off his impressive range as he smoothly transitions into the higher parts of his vocal register.

For fans of George Ezra, this Wanted On Voyage sheet music is perfect, as it contains the most accurate transcriptions of these brilliant pop songs for Piano, Vocal and Guitar. However, this is also a great album for anyone with a love for modern folk music and stellar songwriting. Whether you are looking to perform these powerful songs or just enjoy them privately, the range of Ezra's talents make Wanted On Voyage a great addition to your repertoire.