6 Of The Best James Blunt 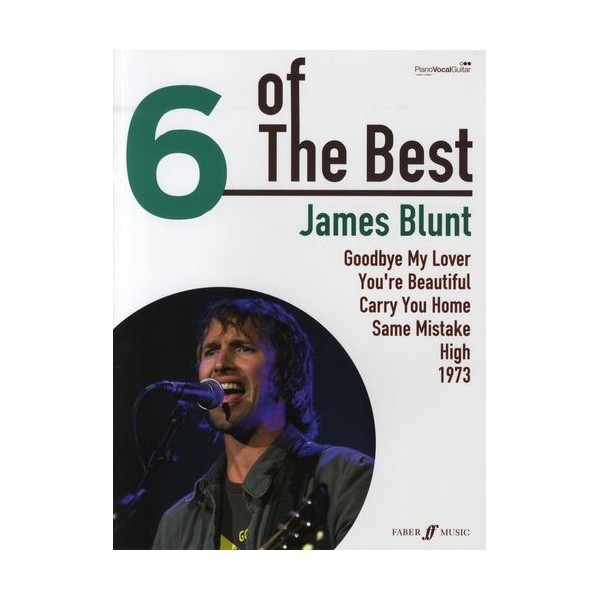 6 Of The Best James Blunt

Six of the best songs from James Blunt, arranged for Piano, Voice and Guitar.

Six of the Best simply does what it says - 6 of the best hits from leading artists available in a convenient and competitively priced format.

Blunt's debut album, Back to Bedlam, and the multi-platinum selling single, You're Beautiful, brought him to fame in 2005. In 2006 Blunt won two BRIT Awards and two Ivor Novello Awards, and was nominated for five Grammy Awards. His second album, All The Lost Souls, released in 2007 was certified gold within its first week of release.