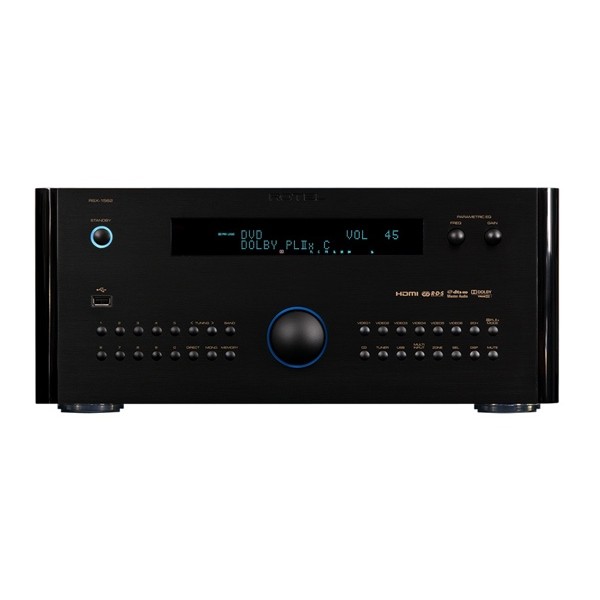 Rotel RSX-1562 A serious surround sound receiver with 7 x 100 Watts per channel, in a space-saving single 4U chassis.

The RSX-1562 builds upon the excellence established by its highly acclaimed predecessor, the RSX-1560, but with the addition of new, improved circuitry and technologies such as HDMI® 1.4 with 3D. In addition, the advent of so many video sources such as a cable or satellite box, DVRs, DVD players, and WiFi or Ethernet audio / video feeds from devices such as Apple TV® and Roku® etc., have necessitated adding more HDMI inputs. The RSX-1562 now has six HDMI 1.4 inputs and two HDMI 1.4 outputs, one with an Audio Return Channel (ARC). The ARC in HDMI 1.4 enables a TV via a single HDMI cable, to send audio data “upstream” to an A/V receiver or surround audio controller, increasing user flexibility and eliminating the need for any separate S/PDIF audio connection.